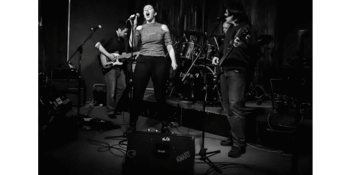 Live music is back! Enjoy some drinks, alternative rock music and laughs on a Sunday afternoon. Radio 88 will be performing the Matinee gig on 21st August at The Workers Club.

The local band came to together in late 2016 as a group of musicians getting together on a Saturday afternoon. In March 2017, they were given the opportunity to record their music, deciding to produce an all-original album, called 'This is Us'. Their newest album, 'Lost in the Wind' was released in 2019, consisting of collaboratively written original tracks.They will be performing much loved covers, songs from their first and second album, their latest single “Velvet Darkness" released May 2021, and new music they’ve been working on during COVID. Brendan is on lead guitar, Cody on bass guitar, Danielle is their lead singer, and newest member Arpit is on drums. Radio 88 will be joined by the talented local bands Red Hound and Ember Rain.