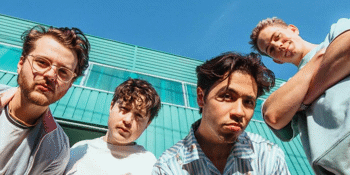 After a lap around NSW, The Million are taking a trip down to Melbourne to celebrate the release of their new bop ‘Last Call’. A track that draws on ‘80s synth-pop & leaps along at a heart-raising tempo. It’s a heartbreak anthem but the sounds are liberating, leaving all bad feelings on the dancefloor. It follows on from singles ‘Somebody Better’ – a track grounded in funk & RnB sensibilities, while remaining fundamentally pop – and last year’s release ‘Check Up’, a left-field pop earworm.

With a reputation as a must-see live act, The Million are a band arriving at a point of true transparency with their growing fan base both online and IRL