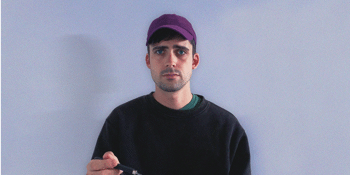 'Go Wrong' is his first new music since Hauskey’s debut 'Slow EP' landed, and it’s another delicious slice of laissez-faire, sunshine-toasted slacker pop with high emphasis on the ‘pop’. It’s a breeze. A cool glass of Vimto. Just the ticket. To celebrate the release, today Hauskey announces he is hitting the Australian East Coast this April, with a run of shows in Brisbane, Sydney and Melbourne. Of the upcoming shows, Hauskey says, “One of my favourite things is stripping a song and re-imagining it live, and I’ve been working with a talented group of musicians, so pretty damn excited to take it on the road! So many new songs to play." 'Go Wrong' is the first new music from an eventual new EP, with more details to be announced soon.