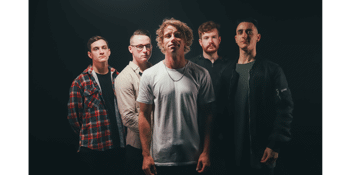 Nautical Mile are returning to the East Coast in support of their new EP Embers, their first full release with New York-based Manic Kat Records. After spending the whole of 2020 writing the follow-up to 2019 debut album The Only Way Is Through, the band are excited to finally get back on the road and show off their new material to crowds across Australia. Joining them for their very first venture to the Eastern States are Perth metalcore heavyweights Patient Sixty-Seven. After making waves with their release Home Truths Patient Sixty-Seven have become a force to be reckoned with, collaborating with artists such as Misstiq, Rory Rodriguez and Kellin Quinn.