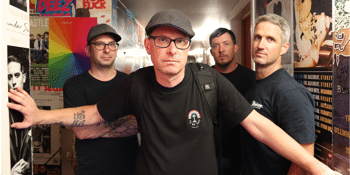 Presented By: Yeah That Agency

June 2021 sees the return of legendary pop punk band Wishful Thinking heading around Australia for their first national headline tour in over 16 years.

During what was a painfully long 2020 with long lockdowns and lots of downtime the band returned with new EP ‘One More Time’ (their first release since 2006’s “You’ll Never See It Coming”). The EP received a strong reaction from fans old and new across Australia and beyond igniting a new passion for the band from all members.

After doing a run of support shows with old friends in Area 7, Antiskeptic, Seraphs Coal and For Amusement Only. Australia gets to see Wishful Thinking at their best in a run of headline shows, performing songs from their entire back catalogue with special guests joining them in each city.

For die hard Wishful Thinking fans this is not to be missed.

Presented by Yeah That Agency. Tickets on sale 9:00am AEDT on Friday April 30th