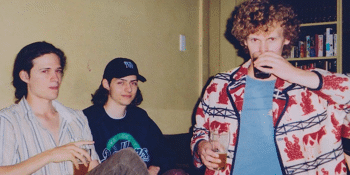 HMS Ash is returning to the Workers Club for a Sunday evening gig with friends Blue Arcade and the Connor Toomey Dream Band. HMS Ash is an indie-rock trio who specialise in groovy tunes and high energy performances and are looking forward to debut some brand new songs for their fans. Described as a mix between surf, punk and bedroom, come check them out if you’re looking for something unique. Blue Arcade is a new lineup that has been selling out show after show around Melbourne. They have a Joy Division inspired sound and are a must see new band in the scene. Opening for the night is the Connor Toomey Dream Band, their front man from Ballarat and an experienced part of the music community. With his crooning voice and their powerful playing, it will be a great start to the night.