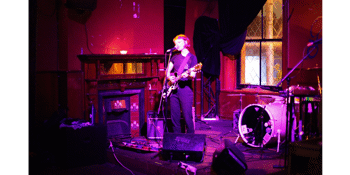 Pixie-voiced Hannah Potter blends blues, folk and a kicking bit of punk with often painfully honest and razor sharp observations about the people she loves and her reactions to them. Known for her haunting live shows, Hannah has been playing Melbourne venues for the past few years and is on the verge of releasing her debut album later this year. Joined on the night by good mate & drummer Harry Hockley-Samon.

Cracking open the night is Juan Raffin, a talented alternative-folk singer-songwriter with a spicy Latin edge to his melodies, followed by Goodbye Butterfly, a rocking four-piece girl group from Naarm. This is not a night to be missed!