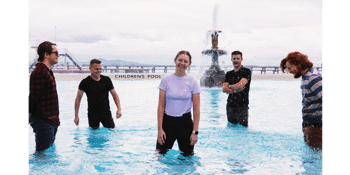 Hot off the launch of their debut single “TROUBLE”, Ivy Black are back with another pop- punk haymaker. “BROKEN” was the first song written by the group and it’s finally ready to have Melbourne’s dive-bar singalongs added as the final ingredient. The quintet’s stylistic influences shine through in this single with huge chorus singalongs while sprinklings of heavier drum fills and guitar riffs cement themselves as a staple in the IVB sound.

Melbourne Indie Punks Scallywag Soul join IVB hot of their January 2022 self-titled EP. Lead singles ‘Distance is Irrelevant; and ‘Coraline’ received great praise and radio play. Stepdad Advice are on board to bring their 2022 single “Therapy Makes You Hotter”, which echoes the band’s values that revolve predominantly around taking the piss out of being sad – loudly. To set the day off, Geelong grungelords Dysphoriac bring the riffs and the vibes for what is going to be an afternoon not to be missed.