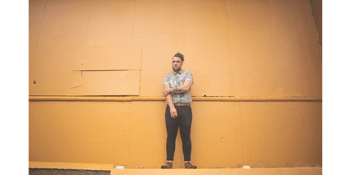 ELLERY Cohen began releasing pop music in 2018 and has since been played on some of Australia's most renowned mainstream radio stations and has even stopped in his tracks as he heard himself through the speakers while browsing in Kmart and Target.

with support from NaNa Muse & Jade Alice, it's a night not to be missed.