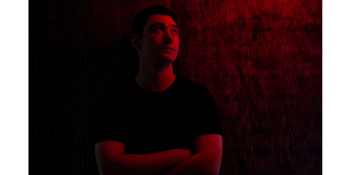 Celebrating the release of his debut single Glad You Came comes James Hood. Originating from the Eastern Suburbs of Melbourne, James Hood is an aspiring multi-talented artist and songwriter that focuses on bringing out all emotions in his music, using a multitude of sub genres, such as Rock, Soul and Blues. James’ Pop catalogue offers a wide variety of listening experiences to his audience, with his Rock/Pop songwriting style alongside his virtuosic guitar playing.

Joining James for the night are acts “Exports” and “Pixie Riot”.

Exports are a hard rock / surf trio from Melbourne, Australia, mixing influences from the tastes of its members, such as King Gizzard & The Lizard Wizard, Them Crooked Vultures, IDLES, Violent Soho and The Doors. Hailing from the northeast suburbs, Exports are rough and ready to put on a show you'll remember.

Pixie Riot are a two piece band that have been playing around Melbourne since they were 15, four years later and in the middle of recording their 3rd EP the band has built a following for their unique alt rock sound and raucous live performances.