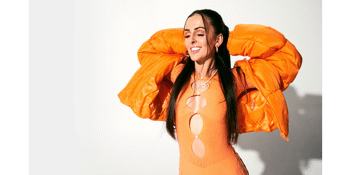 Young pop-soul Melbourne artist Stilla unveils her latest single ‘Ashes’ at a headline show, presented by The Workers Club on the 18th August 2022. After the success of her sold out debut single launch, she is back with an even bigger and better show. With support from artists BRŪDE and Julia Lostrom, it won’t be one to miss. Stilla’s set will feature band members Adyn Young, Abby Bicknell, Ethan Colussi and Pat Barton Grace. As well as performing her recently successful debut single ‘Won’t Work Out’, Stilla will be performing her new single, ‘Ashes’ along with new unheard original music due to be released in the coming months. Stilla and her team invite you to support local artists and enjoy a great show with friends in the iconic Workers Club venue