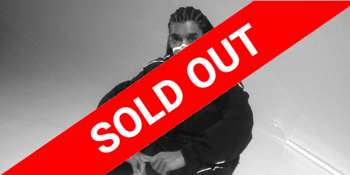 After a series of select performances and sold out solo shows following the release of his collaborative effort "Heaven Gotta Groove" with The Martians in 2019. Nasty Mars is ending his live show hiatus with a one-night-only Piano & A Microphone special. Over the past year Nasty Mars has been working on his debut solo effort and will be presenting numbers from his unreleased catalogue for the first time ever. Citing Prince and Jamie Foxx as influences for the Piano & A Microphone setting, this show could be best described as a downtempo soulful exploration of hip-hop and R&B that sees Nasty Mars rap and croon over freestyled piano inflections. Opening up for the night will be Melbournes very own eclectic R&B artist CD whilst producer SON RAY spins Soul R&B classics in between sets and also at the end of the night.