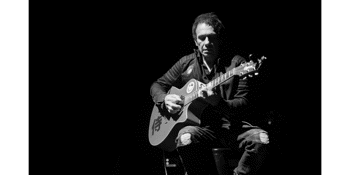 Erik is the son of an Indonesian Mother and Dutch father who migrated to Australia and lived in Collingwood originally and played in numerous bands on the Melbourne music scene.

Erik was a drummer originally until an accident left his hand shattered, so he switched to guitar, he still occasionally gets behind the kit and is an accomplished percussionist.

Weideman, a prolific songwriter and composer on acoustic guitar & lead vocal along with Rodrigo Bustos on an acoustic baritone creates the Erik Weideman Bedroom experience.

You can expect Erik to be performing an acoustic mix of back catalogue & Current 1927 tunes that Weideman has written in this intimate environment, this is a show not to be missed.