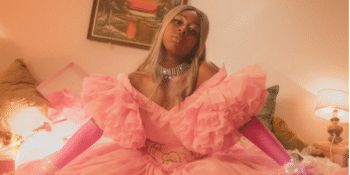 Following the release of her new single ‘Sometimes’, Zimbabwean-born, London-raised and Naarm/Melbourne-based artist KYE is bringing her live show to Sydney and Melbourne in May.

Taking influence from the likes of Kehlani, Solange and NAO, KYE’s modern take on R&B influenced pop music is fuelled by her formidable songwriting, timeless vocal and finely curated selection of cross-genre collaborators.

KYE has been patiently working within the Australian music scene, performing and writing with some of the country's most talented artists including Sampa The Great, Genesis Owusu, Ruel, Meg Mac, Jessica Mauboy, Billy Davis and more.