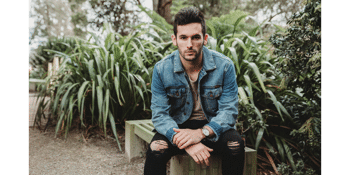 K-WAK (acronym for Kid with a Kalling) is an independent music producer, rapper, and singer from the South East suburbs of Melbourne. Michael (K-WAK) was originally born in West Germany, however moved to Australia at the age of 2, and has been living here ever since. Since moving, he found a strong passion for playing the piano, composing music and eventually, rapping. “Little Legends Vol. 1” is K-WAK’s second release, after his debut album ‘Footprints’, which was released on all digital platforms in 2017. The album has 8 tracks, including the singles ‘otherSIDE’ (2020) and ‘Sound’ (2019). This project has been in the works for over three years and was solely produced, mixed, and recorded by K-WAK. The album features Melbourne-based artist “Fungai”, as well as international features “Trae Perry” and battle rapper “Loso”. The album launch show will be supported by artists MARKIA and Fungai, as well as Petchi who will be on the decks.